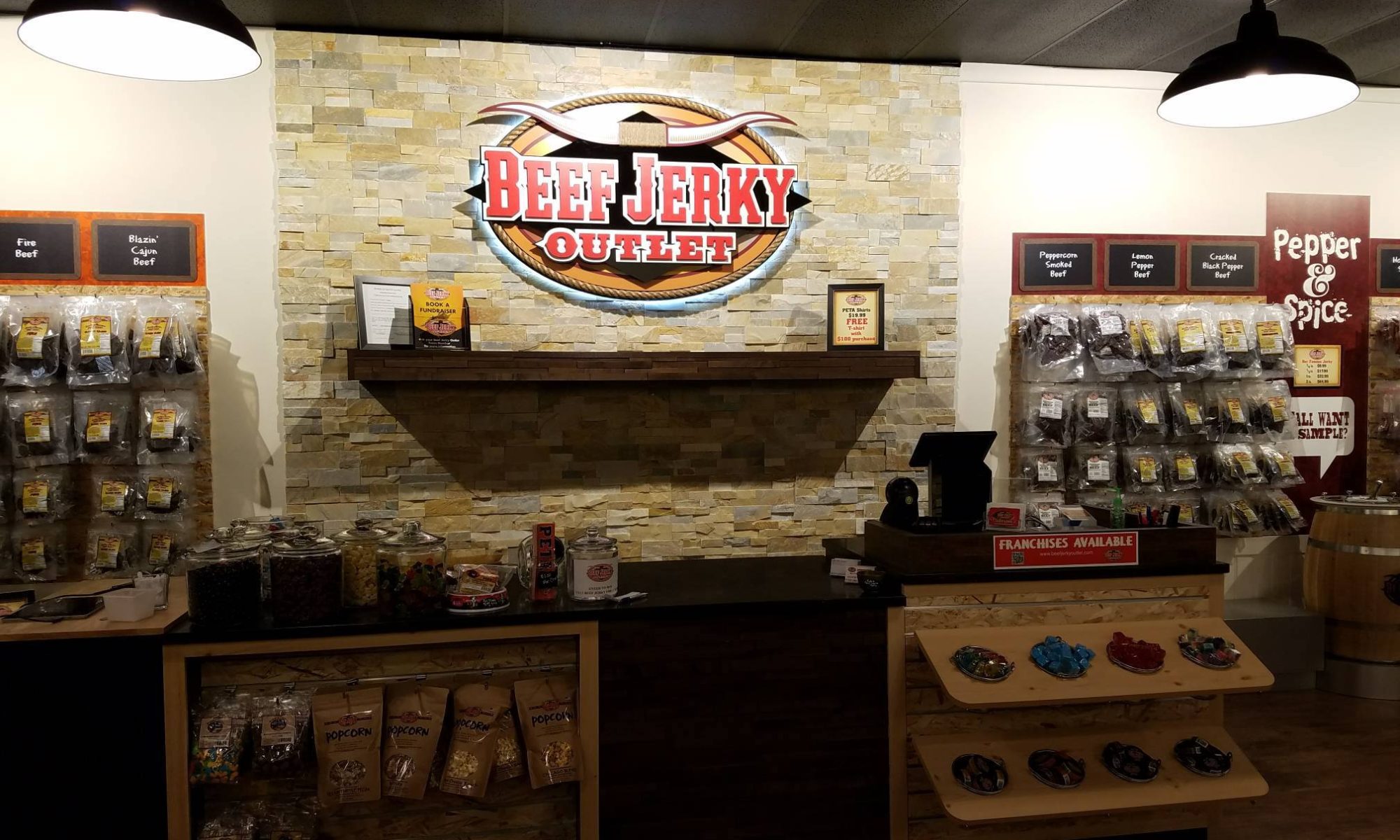 You opened your latest Beach Box and you found…..beef jerky?

Amy McDonnell first came to the Carolina coast in college when she was participating in a summer study program at Cape Lookout. Then following years of vacationing on the Outer Banks, she and Kevin moved here full-time in December of 2016.

Originally from just outside Chicago, Amy and husband Kevin, who is from Northeastern Tennessee, lived in the Washington DC area for 12 years before making the move to the Outer Banks. And once they did, they wasted no time. A short 7 months later (June of 2017) they opened their first Beef Jerky Outlet location at milepost 4.5 in Kitty Hawk. Then just a year later the family opened another location in Corolla.

Beefy Jerky may seem like a strange business to be involved in, but Amy says it really isn’t. “My husband (Kevin) has always been a fan of jerky and especially loves Beef Jerky Outlet jerky. We looked into it and found it was a small, family-run company that makes their own jerky in Tennessee and Michigan. We liked the product and the people, and we wanted to introduce the entire Outer Banks to the best jerky in the world!”

But you will find more than just beef jerky at the Beef Jerky Outlet. For the more adventurous eaters, they also have a wide variety of wild game jerky. Consider trying elk, bison, alligator, and kangaroo. You can also find sauces and seasonings along with an assortment of popcorns, hot sauces, jams, jellies and a whole lot more.

Both Amy and Kevin are practicing lawyers in addition to owning and operating their Beef Jerky Outlet stores and they want to stress that they have a great team at the stores and couldn’t do this without them.

Looking for an interesting jerky fact you can use to amaze you’re family and friends? It takes 3 pounds of meat to make 1 pound of jerky!

The Beefy Jerky Outlet – Outer Banks ships and can be reached at (252) 715-5800. Find them on the web at beefjerkyoutlet.com/kittyhawk and give them a follow on Instagram @obxjerky and Facebook @OuterBanksJerky